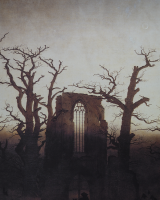 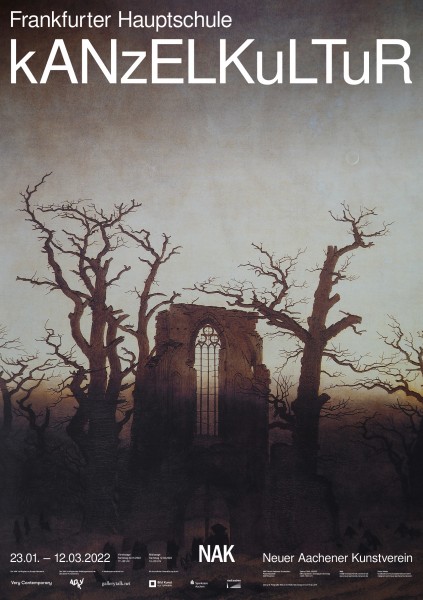 Attention: For visiting the exhibition, the opening as well as possible accompanying events, the 2G rule always applies: vaccinated or recovered. Please have proof of complete vaccination or recovery ready. All standard Corona protective measures continue to apply. Thus, among other things, the wearing of a medical or FFP2 mask is mandatory in the exhibition premises.

We live in lurid times. While the international shift to the right continues to gain momentum in the slipstream of the pandemic and neo-Nazis storm the Reichstag together with conspiracy hippies, different wings of civil society are warring with each other in discussions about cancel culture. But if the triumphant march of esotericists, Nazis and Eso-Nazis continues, these discussions will soon become obsolete anyway, because then freedom of speech will be cancelled along with the remnants of democracy.

So far, so bad. But what’s bad for people is often good for art, which, as we know, thrives on conflict. Lurid times, you might say, call for lurid art: from January 23rd to March 12th, 2022, NAK Neuer Aachener Kunstverein will be showing kANzELKuLTuR, the first institutional solo institutional exhibition by the Frankfurter Hauptschule collective.

In addition to the closing of ranks between vaccination opponents, esotericists, angry citizens and organized neo-Nazis, a trend in young contemporary art also comes into view. Again and again and more and more, the language of form and elements of German Romanticism and Nordic mysticism and mythology can be seen on the tours of art schools, in exhibitions of young artists and on Instagram. Medieval squiggles, tribals, dragons, fairies, knights, swords, and pagan symbolism are unmistakable; materials include wood, branches, wax, cloth, healing stones, earth, straw, smoke, and so on.

To understand such an aesthetic, it would be necessary to think it through to the end – in the dreamy flight from the world, anti-Enlightenment affects flash up, behind the end-time feeling and the evocation of the occult lurks the fascination for the core of the aesthetics of fascism, “kitsch and death” (Saul Friedländer).

The exhibition kANzELKuLTuR asks why – while a new cross front of Nazis and esotericists marches hand in hand on the streets – young and politically sensitive artists wade knee-deep in mystical imagery. Is this inclination towards spiritualism meant as a postcolonial answer to a Western universalism of the Enlightenment? And would such a response make sense? In Germany, where Romanticism and Anthroposophy have a rather questionable historical role? Or should this new current be canceled? And what does Rudolf Steiner have to do with Donna Haraway? When will it be really fascism again? Vehemento mori! Who wants to have a suicide party?

Frankfurter Hauptschule is a 20 person strong collective from Frankfurt that was founded at the Städelschule and has been exploring art and pain boundaries in the stress test of public and media space since 2013. In their works, the artists sound out social resilience and legal responsibilities. In 2018, the Frankfurt chief of police was outraged by an intervention in which the group burned down a patrol car in public space. In 2019, it sparked public debate when it threw toilet paper at the Goethe House in Weimar in a double action and opened an exhibition of nude images of children in Cologne. In 2020, the fictitious theft of a Beuys sculpture and its transfer to Tanzania as a gesture of restitution of colonial looted art caused an international echo. Since the winter semester of 2021/22, Frankfurter Hauptschule has held a visiting professorship at the Berlin University of the Arts.

In media partnership with:

NAK is a member of these networks: