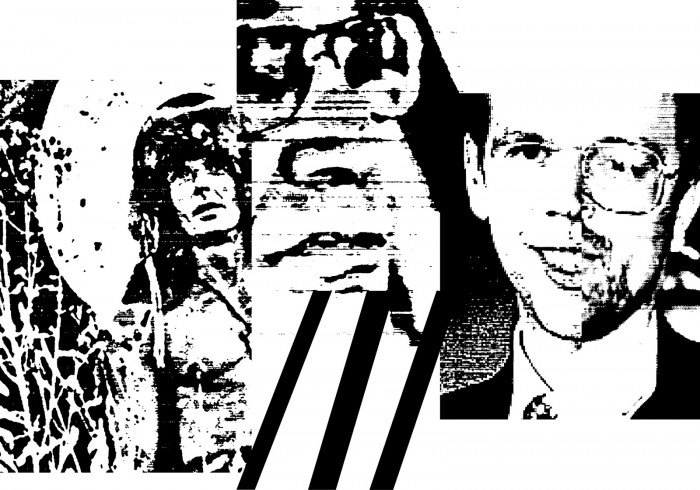 The exhibition Jürgen Eulenberg / Roland Klick / Alex Wissel – Jan Bonny assembles individual positions which principally deal with narrative representations in different media, but content wise and by means of historical feedback debate the terms of identity and authenticity at the present time.

The expectations of the audience and its participation into the process of art production can be read as artistic production strategy. In which pattern identity and authenticity are generated into the work by the inclusion of the audience will be thematised in the exhibition as well as the exploration of the respective premises and dependences in their associated systems. 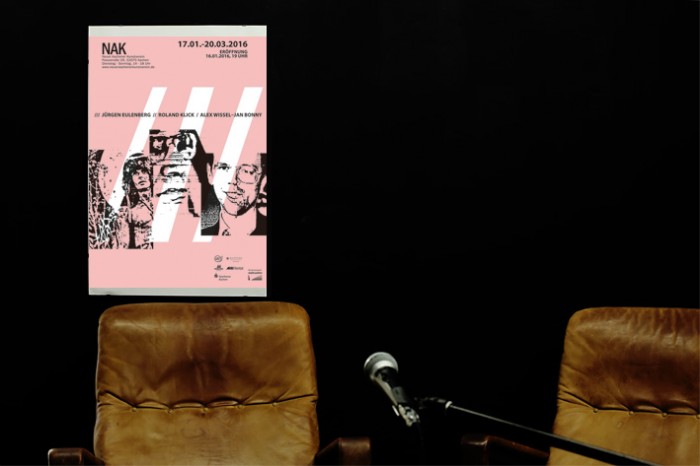 For example one cannot find any information about the person and work of Jürgen Eulenberg in the digital age. Almost timeless Eulenberg stages himself away from any civilization in archaic posture and attire in front of backdrop of nature. Sparsely documented his work is equal to a declining memory nowadays. In addition Eulenberg’s inlaid works attest a genuine interpretation of traditional decoration techniques. 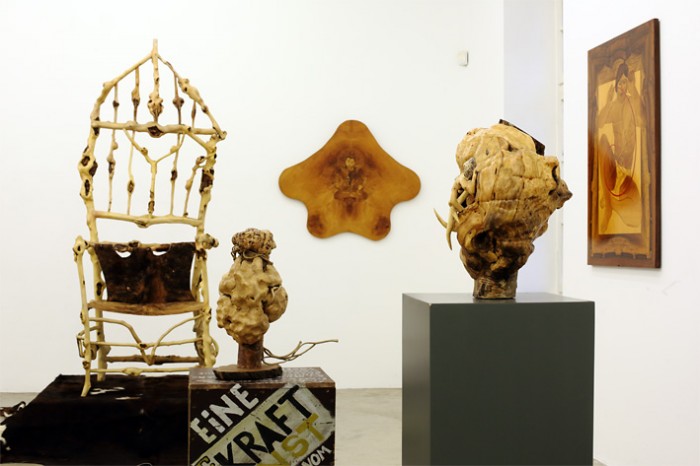 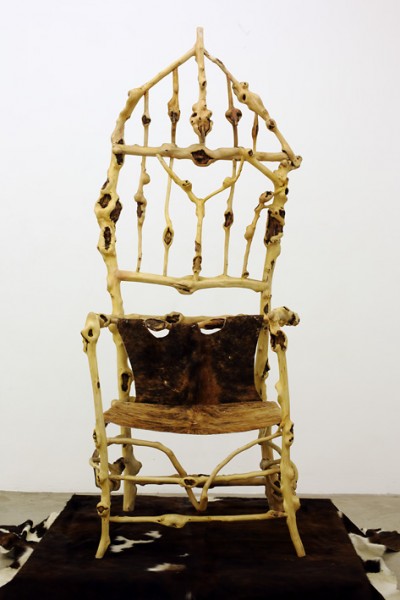 Even twenty-five years after his last feature film and numerous awards Roland Klick is deemed to be the great rebel of radical German cinema, filming with the likes of Mario Adorf or Dennis Hopper. Roland Klick merges narrative cinema with social relevance and forms an almost monolithic antithesis to the New German Cinema. His motion pictures are commercial in shape, but timelessly strong in character. 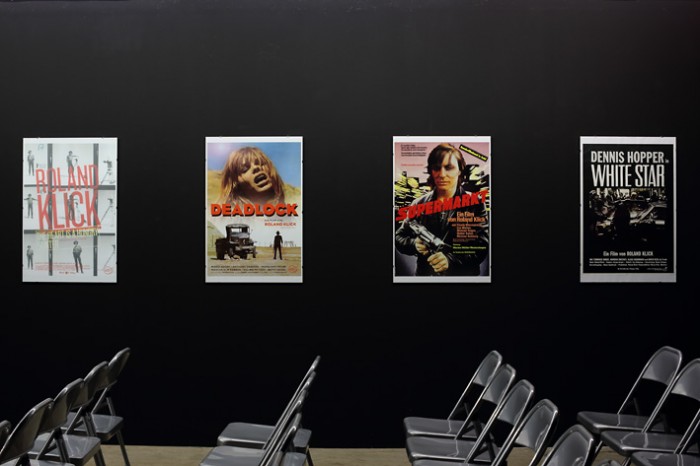 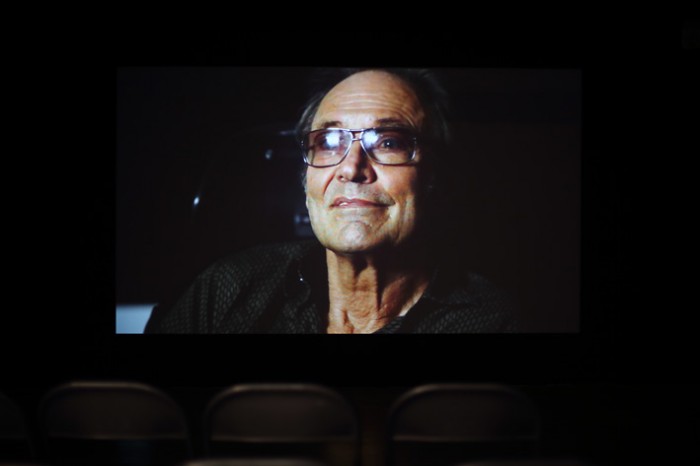 In the person of Alex Wissel the exhibition is completed by a young position within the German art scene. His work is often event like, for example his projects „Oktober Bar” and „Single Club”. Together with befriended director Jan Bonny the last-named undertaking is transformed into a movie called „Single”. For the NAK they start their next collaboration „Rheingold”, a satirical approach to Düsseldorf’s art scene. 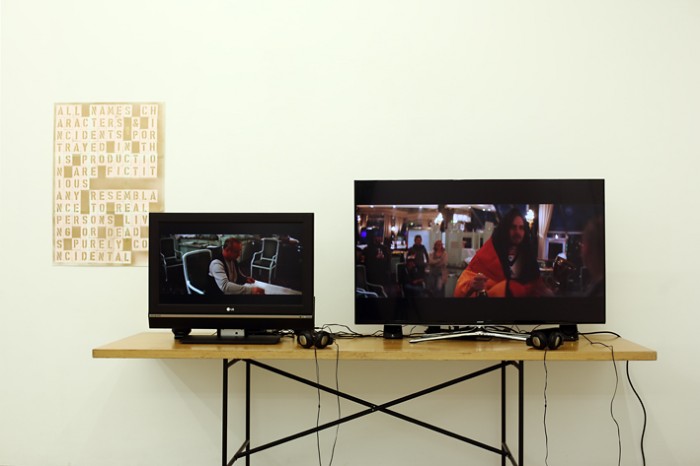 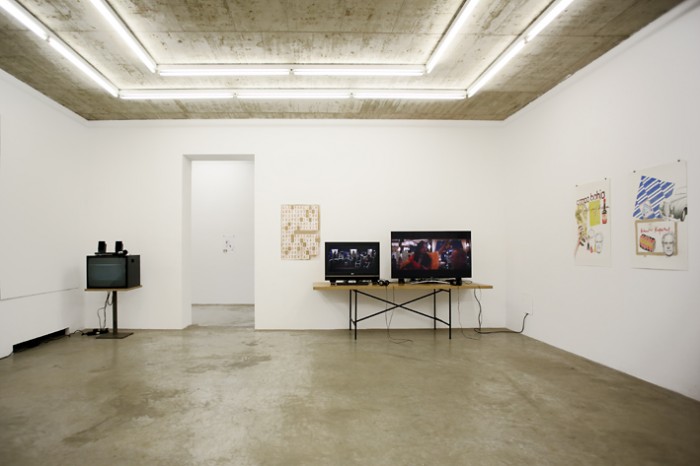 All positions represented in the exhibition Jürgen Eulenberg / Roland Klick / Alex Wissel – Jan Bonny revolve around the central aspect of identity; regarding drama as well as performance one is invited to reflex upon his own self and the idea of authenticity.

Many thanks to: Filmgalerie 451, ARRI Rental, MARITIM Hotel, Köln and Stadt Aachen