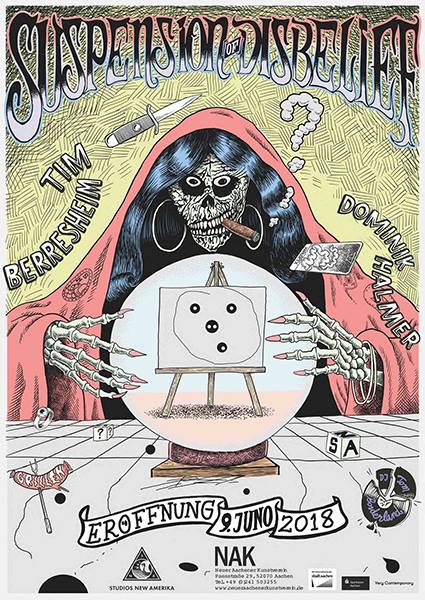 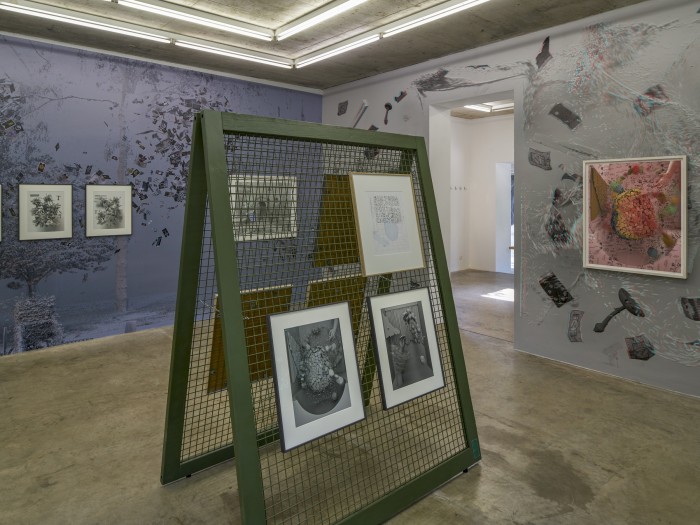 The title refers to the English novelist, critic and philosopher Samuel Taylor Coleridge, who wrote in his book Biographia Literaria, which was published in 1817, about the “Suspension of Disbelief” as a needed requirement for the adequate reception of art. Within the framework of the exhibition new works of Tim Berresheim will be set in relation to pictures of his fund, furthermore he will literally revise his original works, drafting and producing older works anew for the exhibition in Aachen. The location of the exhibition space itself will also become the depicted object in form of its immediate urban, laser-scanned environment namely the congress memorial, which was rebuilt in the municipal park in 1928 and appears as a large-format motif as a 3D wallpaper onto which in turn framed works are applied as well. Additionally by providing a specially developed augmented reality app Berresheim will enhance the experience of visiting the exhibition. 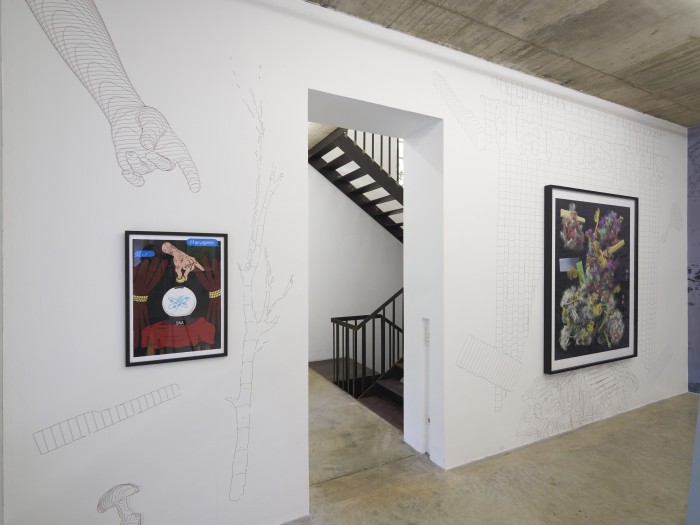 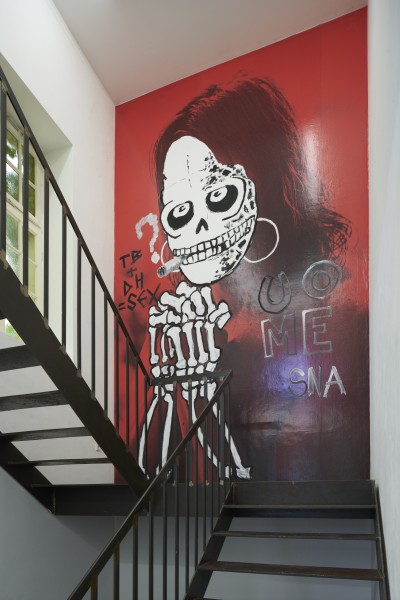 In contrast to Berresheim is Dominik Halmers’ artistic position, whose pictorial objects are based on the idea of paintings expanding into the room of reality. His works, presented on the Kunstverein’s second exhibition floor, are part of an experimental setup that questions the relationship between thing and image, functionality and artwork. Following the exhibition’s title Suspension of Disbelief one question is asked: What do we want to belief? The Shaped Canvases shown at NAK present a broad range of different levels of reality. Beginning with informal dots, continued by technical signs and computer modeling, cumulating into photorealism, elements are put into relation to each other, merging into a substantial entity, an animated counterpart. In the room installation, individual works enter into a quasi-narrative dialogue via graphic elements sitting directly on the wall like emblematic marks. Opening up via the material extension through wooden rings, the canvas picture skips its own limits and becomes a “transformation apparatus“, which annexes parts of the space and integrates them into its own visual system. 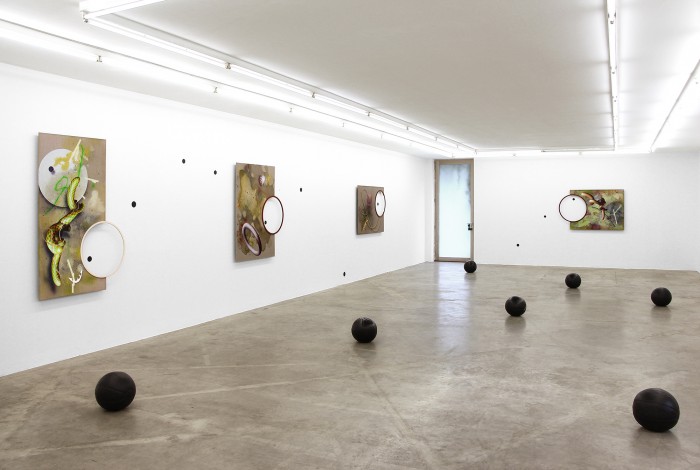 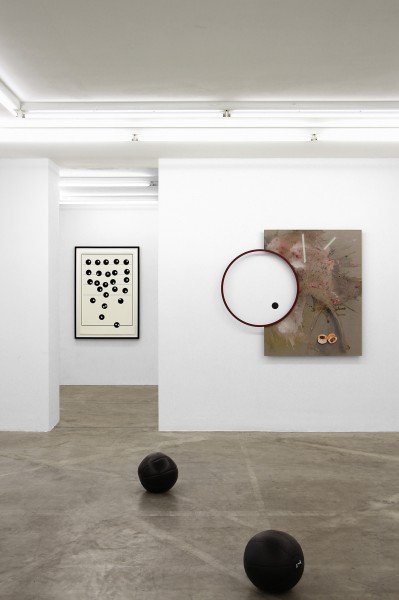 Tim Berresheim and Dominik Halmer both engage in a very unique and analytical interrogation of reality and illusion. How is our picture of reality composed? What is the general consensus? Admitting to the illusion is the “willful suspension of disbelief” – such via these two positions the Suspension of Disbelief finds its way into NAK Neuer Aachener Kunstverein.

Parallel events in cooperation with the Centre Charlemagne:

28th June 2018, 7 PM: Catalogue presentation of “Tim Berresheim – Haare, Pilze, Holz & Floozies” and artist talk with Tim Berresheim and Leonie Pfennig (art historican, author from Cologne and co-founder of And She Was Like: BÄM!)

Further events in relation to the exhibition will be announced on the NAK website and via Facebook.