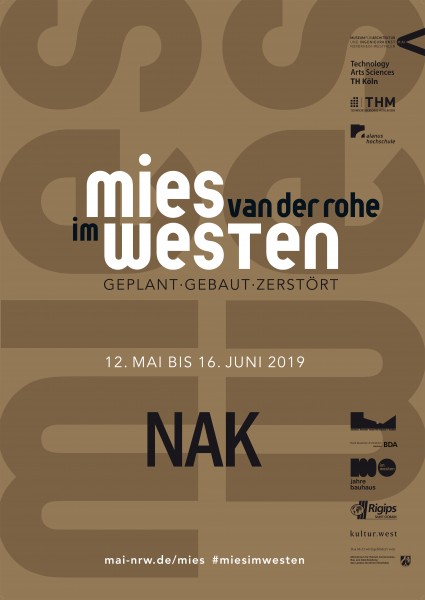 The exhibition Mies im Westen opened on Saturday, the 11th May 2019 at NAK Neuer Aachener Kunstverein. 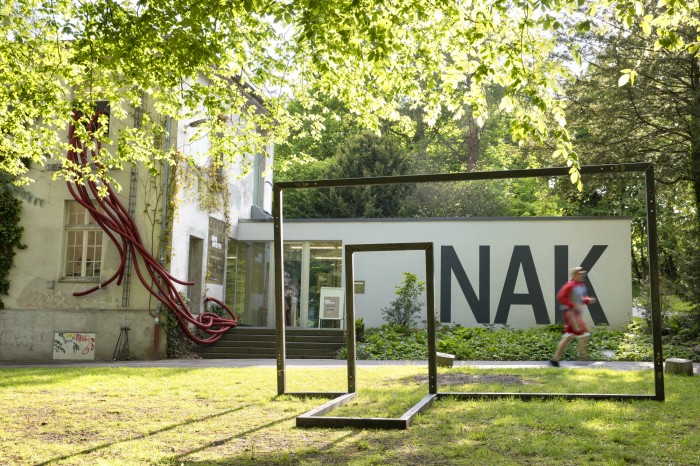 Ludwig Mies van der Rohe is one of the most influential architects of the twentieth century. Famous for his projects both in Berlin and Chicago, yet his attachment to his hometown Aachen and the region of present-day North Rhine-Westphalia is a reccuring theme in his works. 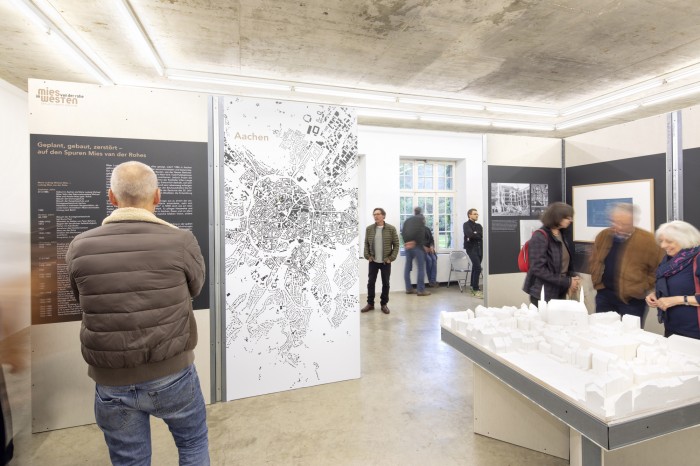 The aim of the exhibition series Mies im Westen is to revisualize Mies van der Rohe’s field of work in Aachen, Krefeld and Essen. Students of the TH Köln (Prof. Dr. Daniel Lohmann) and TH Mittelhessen (Prof. Norbert Hanenberg) as well as the Alanus Hochschule für Kunst und Gesellschaft were invited to develop different projects in cooperation with the Museum für Architektur und Ingenieurkunst NRW. In addition to the NAK in Aachen, there are also exhibitions in Krefeld and Essen. The three exhibitions will be brought together in a presentation at the Landeshaus Landschaftsverband Rheinland in Cologne from 11th October to 14th November 2019.

With the Volkshaus “Zur Neuen Welt” dating back to 1905 and the famous Tietz department store, the partial exhibition in Aachen illustrates the apprenticeship years of Ludwig Mies van der Rohe. The exhibition also shows the project for VEGLA Vereinigte Glaswerke, for which Mies van der Rohe designed the company´s headquarters in 1968. 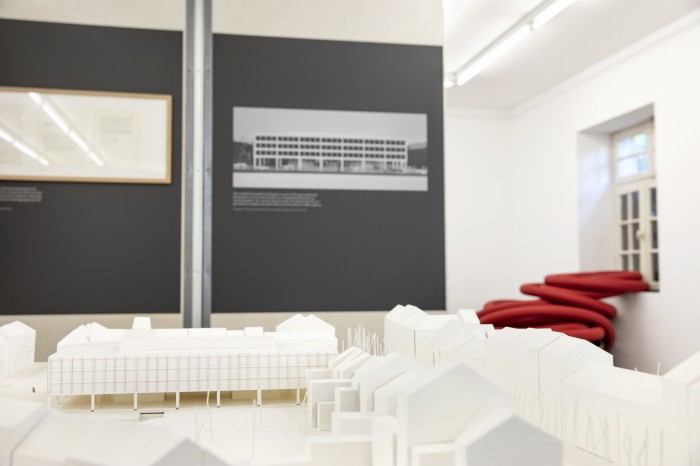 In the exhibition the traces left by the architect are explored; van der Rohe started off in Aachen to become one of the most reknown architects of the 20th century. Ludwig Mies van der Rohe’s international renown is based on buildings such as the Neue Nationalgalerie (Berlin), the Illinois Institute of Technology (Chicago) and the Seagram Building (New York).

Information on the exhibition and venues in Krefeld and Essen can be found under the following link: https://www.mai.nrw.de/mies

Mies im Westen is part of the Bauhaus anniversary in NRW. 100 jahre bauhaus im westen is a project of the NRW Ministry for Culture and Science of the Rhineland and Westphalia-Lippe Regional Associations.